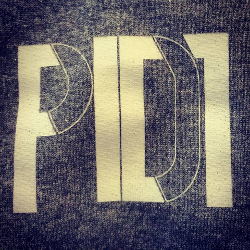 What is it about?

This is a huge problem, as we miss a lot of very important functions related to journald, networkd, machinectl, systemd-nspawn and so on.

Porting latest systemd versions to Centos is a daunting task. It's possible, but it takes time. And during latest systemd conference guys from Facebook Engineering told us, that they actually did it. Marcin asked them if they're gonna share it and Davide replied, that it should be easy and will think about it.

And they did. Yesterday.

And there's also a COPR repo shared by a Red-Hatter Jan Synacek.

Having those both you may install systemd 231 on your Centos7.

It's not currently meant to be running as production and also doesn't provide SELinux policies / contexts. But.. it works. And it works on FB scale :)

(it's copy&paste from Jan's COPR installation instructions , so make sure it's up to date:

Guys - thank you a lot for this!

@docent_net was it Davide announcing that? I can ping him tmorrow at the office ;)

@odcinek @marcinskarbek do you remember? If not I'll search it in the videos.

@docent_net @odcinek no, not announced. It was only an answer about possibility of releasing when we asked about this.

@marcinskarbek @odcinek 'mentioned' -> 'announced' -> 'published'; can we agree on that? :D

@marcinskarbek @odcinek This is part of presentation/Q&A where systemd port was mentioned: https://t.co/NziIK41PYE but have to dig where

@marcinskarbek @odcinek Davide actually told that FB will share it. My memory tells me it was somewhere inside the presentation, not Q&A

@odcinek @docent_net @marcinskarbek And the copr repo from RH of these packages for CentOS 7: https://t.co/F7EmQhxOZU

@ThePhilD @odcinek @marcinskarbek sweet, many thanks! Next question was about #SELinux, but I see it's like work in progress ;) Thanks!