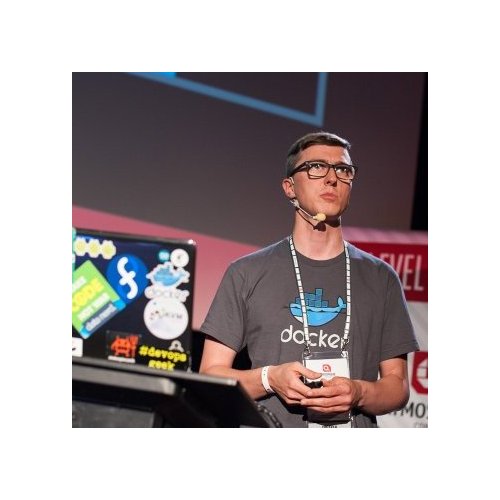 Spring is near, so conference season is almost here!

As a friend of mine Jarek Pałka told me yesterday - this is like a snowball. You give your first talk, then next and next and you event don't blink an eye and you find yourself in a place where some year you have 5 talks scheduled in a row during one month.

But.. I really do like it. Conferences are great. Just like a sport - you prepare, train, test, rest and again over and over again. Then there is this day where you can finally unleash accumulated endorphines and let yourself into this flow of talks, discussions, chip-chats and off-the-record confabulations ;)

And then there is it. Couple of weeks later someone tries to get hired in your company just because your presentation showed guys that it is really a good place. Months later it appears that your idea was developed more and someone else in some other event talks about it. There is more - you can attract people to any Open-Source project you want - just tell them why it rocks!

Also it is the only place when you can actually meet the fundaments of our IT world. One of my biggest dreams was photo w/Linus Torvalds. And here it is (taken 3 years ago at LinuxCon Barcelona): 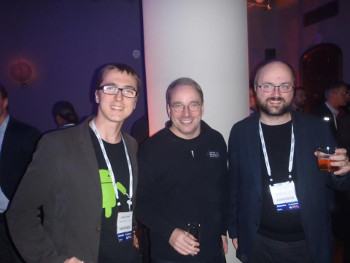 Ahh I simply <3 that. Also I do love travelling w/my pair of running shoes getting up @6:00 just to have a morning portion of endorphines before starting next conference day on a route I completely don't know.

The Spring Schedule aka "Come get some!"