I do like taking part in conferences. I still think, that conferences are one of the most important places where people get motivated (e.g. by meeting influencers, talking to other engineers, listening to completely new ideas or having opportunity to ask).

Also I'm certain that thanks to conferences we improve ourselves. We improve our communication & soft skills, we learn to ask proper questions or polish our engineering skills during deep technical discussions. And also we actually have the opportunity to show others our achievements during ignite talks.

Also I really do love travelling to new places. My private motivation behind this is always the same - to have even a while for a short run in a new place; just like this: 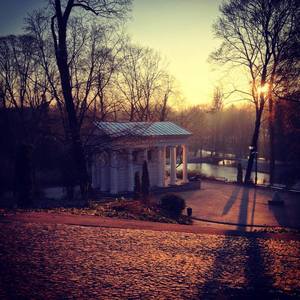 Last but not least. Always try to commute using some public bicycle rentals. Thanks to that we have this unique opportunity to actually see the those interesting parts of cities. 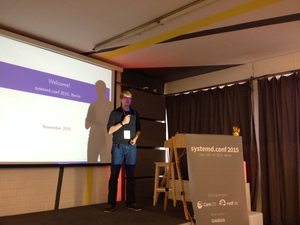 This was the first edition of systemd conference. It took place in Berlin, place where Lennart Poettering lies in his cave ;)

I really looked forward this event, so many thanks to Marcin Skarbek for the idea of travelling to Berlin.

What I liked about the event?

Which talks I liked the most?

The official webpage of conference is here: https://systemd.events/. You can also watch all the videos here on youtube channel.

Of course remember to check the official systemd page

Actually this was first conference where I saw serving vodka with Redbulls (starting from.. 11a.m.?). Incredible :D

About the conference - this was my first Python conference, and just like with the systemd.event I really liked the idea of one day of talks and second day of workshops and sprints.

Also just couldn't resist and not take a photo on the Fedora booth ;) 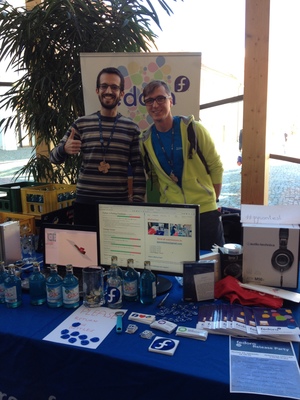 About presentations I liked:

On the second day there were workshops / sprint sessions. I took part in webscraping workshop and GIS. Everything I worked on during those events is now placed on my github account

I personally traveled those 300km mainly to take part in workshops and I must say that i really liked it! I found it very helpful and well organized. Also the workshop venue was great - yet another co-working space with hipster factor 8/10 (even more than in Berlin in systemd.conf!)

Many thanks to organizers - keep it this way guys!

This year was a second edition of Devopsdays here in Poland. We hosted many great presenters and audience.

This time I was asked to be part of the Program Committee (thanks for that guys!), so I had this unique opportunity to actually have an impact on the agenda of this event. We all did our best to make sure that this would be an awesome conference :)

Actually there were many good ideas (Ignite Talks and Open Spaces were the most interesting imo).

Which presentation I liked the most? 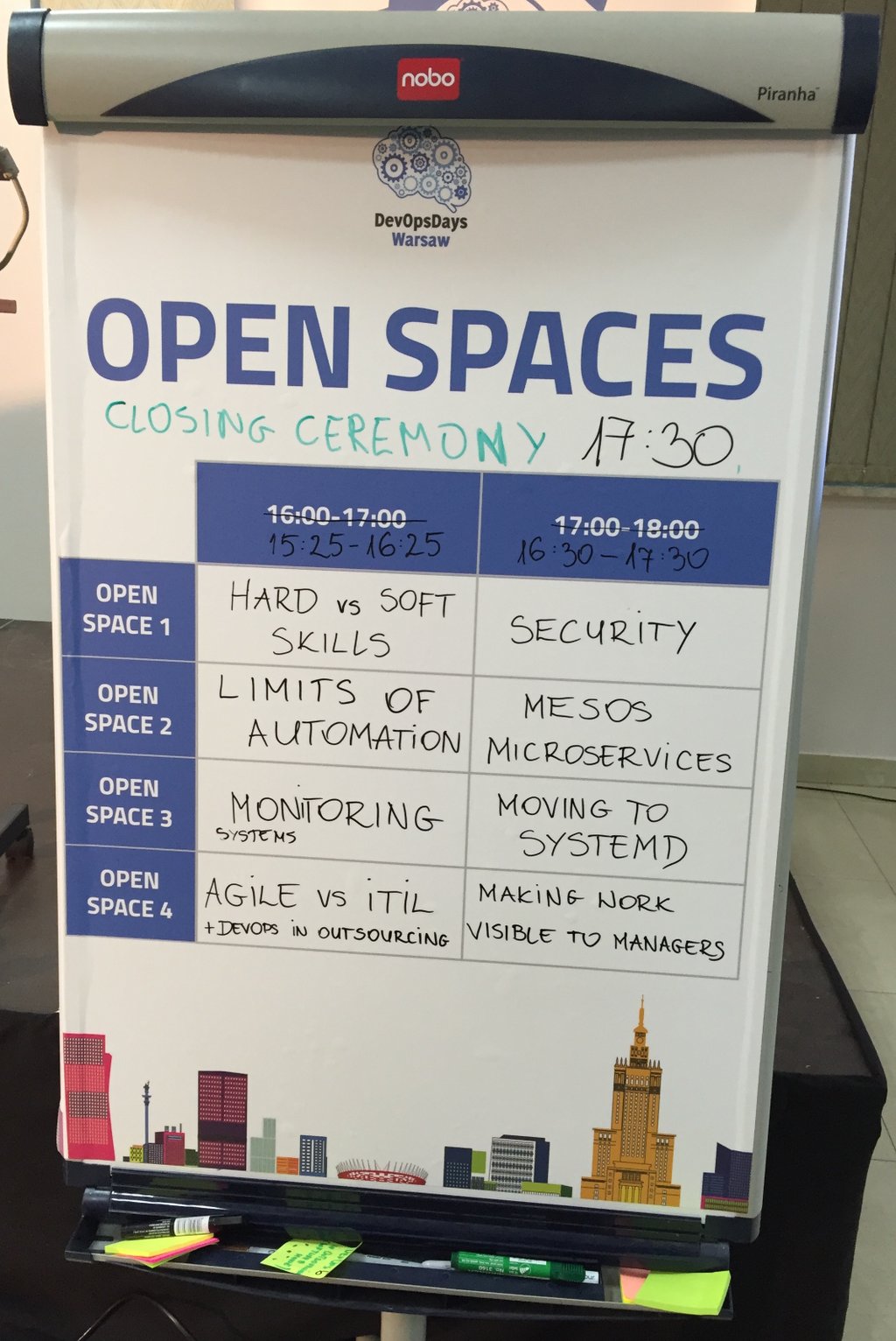 This was a great and simple idea: people write down subjects to discuss, then all of us vote for the most interesting topics and finally we start discussions.